The planned new Brisbane Metro, already fully funded and set for two lines, is likewise expected to further sharpen the demand for a home for sale or house for rent in Eight Mile Plains. Significantly, one of the components of this public transport system, is a Metro 1 busway station in Eight Mile Plains which would connect north to a counterpart station in Roma Street at the Brisbane central business district.

These high-capacity, high-frequency metro lines have been designed as a world-class facility that will reduce local travel times and improve services to the Brisbane suburbs, as well as ease bus congestion at the central business district of Brisbane. The metro lines’ development is a high priority project on the nation’s Infrastructure Priority List.

Strengths of a Business Park

The Brisbane Technology Park (BTP) in Eight Mile Plains brings in the industrial dimension which contributes to market interest in house rent and house sale opportunities in this suburb. This facility is already well-established, having been completed in 2000 as part of a State Government drive to attract new and established knowledge-based and technology-based ventures.

BTP spreads in an area of over 33 hectares on the southeast quadrant of Logan and Miles Platting Road. It lays claim to being the largest and most prestigious business park in Queensland. Currently, this park is host to more than 190 companies which have a total of 10,000 employees. A 10-year plan for this park calls for an additional 40,000 square metres of prime office space, a development that should contribute in creating further interest on home sale and house rental opportunities in Eight Mile Plains.

Convenient local shopping is just a short distance west of the BTP at the junction of Padstow and Warrigal Roads where there are choices of restaurants as well. Alternative dining venues and retail outlets including Woolworths are available too just a mile south along Underwood Road.

Westfield Garden City is a one-stop destination for shopping, dining and entertainment. After a major redevelopment in 2014, it has grown into a regional mall and host to most of Australia’s famous brands like ALDI, Big W, Coles, David Jones, Kmart, Myer, and Target. Garden City is also home to an Event Cinemas complex, complemented by entertainment and service providers plus an eclectic collection of retail and food outlets.

Parks and Schools Close By

Even as the area of Eight Mile Plains real estate total just 7.7 square kilometres, this suburb features many parks providing open space and outdoor recreation facilities. Mostly, these are linear parks near Bulimba Creek, and visitors can access such amenities as bikeways and trails, basketball half-courts, picnic areas, and barbecue grills.

There are two primary schools in Eight Mile Plains—Eight Mile Plains State School and Warrigal Road State School—which help bring this suburb to the attention of young families in search of the ideal home for sale or rent. For high schools, residents have a choice of enrolling their kids at the neighboring suburbs of Rochedale and Runcorn as well as Wishart.

Like many of the suburbs southeast of Brisbane, Eight Mile Plains’ population is highly multicultural. The cultural mix can best be appreciated in the various churches of several religious denominations in this suburb. One of the most striking churches in this suburb is the Gothic Lutheran church, an elegant structure built in 1951 off Levington Road. Another standout is the A-framed Catholic church which was constructed in 1969 on Logan Road. Churches serving Chinese, Romanian, Yugoslav, and Sikh residents have also been built in Eight Miles Plains.

There many complexities and nuances in the Eight Mile Plains real estate market, that’s for sure. Contact us if you’re buying, selling, or renting a Runcorn property. Our agents’ immersion in this territory can give you the edge in engaging this market. 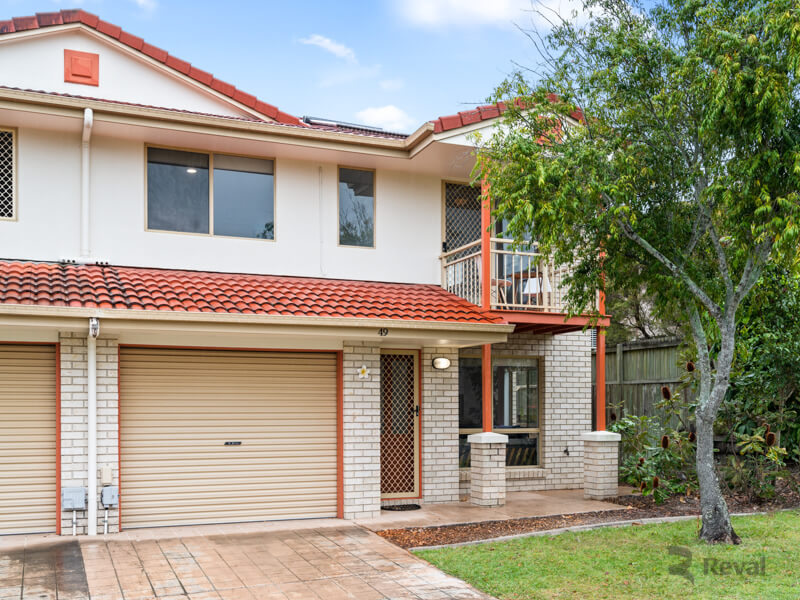